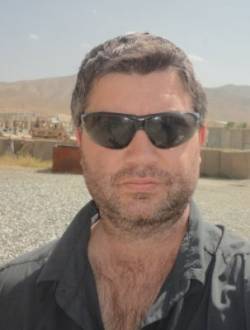 Nelson Rand has lived in Southeast Asia for over ten years working as a freelance journalist, which has taken him to some of the most remote and little known conflict areas of the region. A subeditor for The Nation newspaper, and a regular contributor to the Asia Times, he has also worked as a political contractor for the Embassy of Canada in Thailand. He currently resides in Bangkok.

His first book Conflict: Journeys through war and terror in Southeast Asia was published by Maverick House in 2009. Conflict documents time spent with the Hmong, the Karen, the Montagnards of Vietnam and the Muslim rebels in the south of Thailand. Reviewing the obscure histories behind each of these conflicts and the atrocities behind them, the book also focuses on time spent with the Cambodian government troops tracking down the last of the Khmer Rouge in northern Cambodia.

Conflict: Journeys through war and terror in Southeast Asia was met with largely positive reviews. On May 14, 2010 Rand was shot in the leg, hand and abdomen whilst covering the Red-Shirt protests in Bangkok.