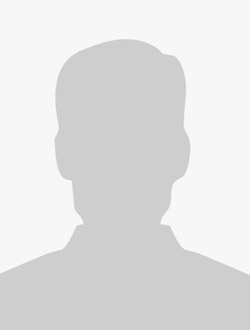 Peter Edwards is the author of more than a dozen non-fiction books, nine of which are on organized crime. His most recent of which is Business or Blood: Mafia Boss Vito Rizzuto’s Last War, which was co-written with Antonio Nicaso. The book has been optioned for a television series by New Metric Media.

City has green-lit Business or Blood for a six-part, scripted television series, debuting on City and FX in 2017.

Edwards was a consultant for the movie One Dead Indian, which won three Gemini Awards and was nominated for another four. He covered Ipperwash with Harold Levy of the Toronto Star for years, benefitting both from Levy’s idealism and keen sense of humour. Edwards’s coverage earned him an eagle feather from the Union of Ontario Indians and a gold medal from the Centre for Human Rights. A particularly poignant moment came when he was a pallbearer at the funeral of the late Sam George, who sacrificed his health in a tireless effort to obtain justice after his brother Dudley’s death.

Edwards has received awards from Amnesty International’s Orillia chapter, the Saskatchewan Reporters Association and the Ontario Reporters Association but still secretly smarts about the university’s Gallery of Distinction debacle. He was a member of a Toronto Star team that won a National Newspaper Award for spot news coverage and also received an honourable mention in sports-writing for a series he worked on with the late Randy Starkman.

His books on organized crime has been translated into French and German and published across North America and the United Kingdom. His book Delusion on Victorian superspy Henri Le Caron made it onto the CIA’s “Intelligence Officer’s Bookshelf” and was called a “well-documented corrective to an intriguing spy story.” Edwards has been interviewed about organized crime for the BBC, CBC, CTV, CBS.com and the Mob Stories series for History Television and frequently lectures on organized crime and journalism at several universities and colleges. He often begins his talks by paraphrasing Keith Richards and saying, “It’s great to be here. It’s great to be anywhere.”