The critics have fallen for A Prayer Before Dawn 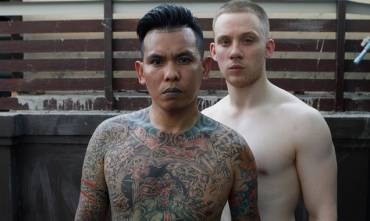 “Cole delivers a performance full of fight, filth and fury as druggie-turned-Thai boxer Billy Moore, who wrote the memoir on which this is based. Prayer’s prayers have been answered with good sales to territories worldwide, but it’s most natural habitat will be subscription and pay-per-view outlets where it will suit nights in, accompanied by lashings of beer and hot Thai curry.”

“The early reels plunge right into the ring with scenes showing heroin-addict Moore (Cole) bare-knuckling it in seedy Bangkok gyms against local opponents in order to make enough to fund his next tin foil full of smack. But for reasons that are never very clearly explained — much of the Thai dialogue goes unsubtitled, reflecting Billy’s own inability to know what they’re saying — he is arrested and sent to prison. The script, credited to Jonathan Hirschbein and Nick Saltrese, admirably resists any temptation to fill in his backstory with tales of childhood abuse or tragedy, and it’s only much later that we learn that he’s not even the orphan he claims to be.” 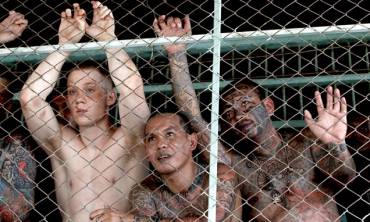 “Reality-check for anyone who thought that life inside a Thai prison was a nice bed of roses, some kind of holiday camp. A Prayer Before Dawn is here to tell you that it ain’t, you slags, it’s actually a right bloody nightmare. There are fights in the yard and sexual assaults in the toilet. You have to sleep on the floor, packed in like sardines, and if the man beside you isn’t stone-cold dead already, you can lay pretty good odds he’ll have hung himself by the morning. And on top of all that, the food’s lousy too. Obviously I’m prepared to take Jean-Stephane Sauvaire’s film at its word, not least because it’s based on the bestselling memoir by Billy Moore (embodied here by Joe Cole), a young British drug addict who spent three years inside the notorious Klong Prem prison and then came out to bear witness. A Prayer Before Dawn duly goes full Midnight Express in its depiction of these horrors, right down to the savage inmates, brutish guards and the indecipherable shrieking when the lights go out.” 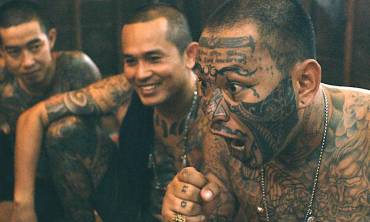 “One giant bulging vein of a movie, A Prayer Before Dawn is only nominally about boxing. It’s also only nominally about its main character, and he’s in nearly every shot. Based on the eponymous 2014 memoir by drug addict-turned-convict-turned-champion boxer Billy Moore, the film is less interested in the how’s and why’s of the real figure’s story than it is in orchestrating one of the most unrelentingly intense symphonies of testosterone and rage ever put onscreen. Jean-Stephane Sauvaire’s film is not so much the story of a fighter as it is a story that wants to fight you.”