Aherlow: The Inspiration for Harrow the Boys

With so many people still reeling from the emotional, physical and financial impact of the Covid-19 pandemic, I am incredibly privileged to be in a position where I can say that I have something to look forward to. My novel Harrow the Boys is finally about to be released to the world.

Set in a distant future, in an Ireland deformed by climate change and taken by both ocean and freshwater flooding. It follows three friends as they take one last wade into the flooded world, uncovering some dark secrets along the way. They discover pretty quickly, as we are all now beginning to realise – that if we want a future at all, we’re going to have to fight for it.

When I look back over my notes from around the time I spent writing the first draft of Harrow the Boys, I suppose fundamentally what I was trying to create was a tight action thriller set in a world that was not too far dislocated from our own. Peppered with science fiction elements, subtle enough to not alienate the uninitiated but deep enough to please those who, like me, love this stuff. I wanted a story that lingered but that didn’t out-stay its welcome. And I really wanted it to be set in the place I grew up in; stuffed with characters who talked like the people I grew up with. 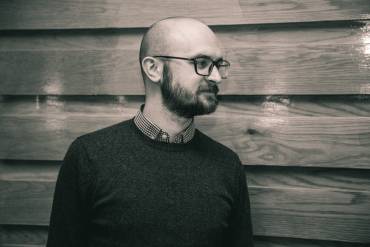 I wanted the reader to be left feeling as I did the first time I watched the cultural depth charge that was Kinji Fukasaku’s Battle Royale, or perhaps how the 15-year-old me felt after watching Luc Beson’s Leon for the first time. Battle Royal was a particular inspiration in terms of my dystopia’s tone. A wonderfully bonkers story that exists all on it’s own as a single thread inside a multi-layer world that we are only ever afforded the barest of glimpses at.

I wanted the emotion to be delivered with nuance and to sear, like that first time you read Marygay’s letter in Joe Haldeman’s exquisite SciFi The Forever War. I’m not sure I’m in the position to judge whether I achieved all or indeed any of this; but I do know I enjoyed every moment of writing this book. It’s an easy world to get lost in, and I hope you think so too.

Growing up in Tipperary in the 1980’s, I would spend so much of my childhood adventuring in and around the book’s primary setting – the Glen of Aherlow. A place you could imagine being ripped straight from a C.S Lewis story; overrun with a huge dept of mythological and historical significance. Apparently (depending on who you ask) Geoffrey Keating was living in a cave in Aherlow when he wrote the Foras Feasa ar Éirinn. Hiding out from the British no less.

I can’t remember exactly when I first learned that the Foras Feasa ar Eirinn opens with an account of several Irishmen surviving Noah’s flood. It’s just one of those things I feel like I’ve always known.

In my teens I collected glasses at a bar in a local hotel, eventually promoted to pulling pints and even managing to end up night portering for a few years. I spent so many mornings cleaning up the most horrific messes a human can make, mantled by the hotel’s huge bay windows where I’d sometimes stand, watching the dawn crack across the glen like an enormous egg. And I can promise you: at 05:30 am on a Sunday morning, when that rowdy wedding has finally, finally filtered off to bed, there is nothing quite like the sight of the emerging Galtee mountains, satin stitched by dawn and what seems like an ever-present and devoted mist. The stillness and the light. The calls of thrush rising out from the white noise of night. It’s quiet something.

It’s hard not to be a little pretentious about Aherlow. This place is in me, deeper than blood. My father grew up here. His father too. My parents were married in the same hotel I worked in. I’ve had friends walk into the woods around here and never come back. Somehow, everything in my life finds a way to lead back to this place.

So whatever about plot, or structure or prose; I knew I wanted this place to feel as special as I know it is.  And to leave space for the reader to recognise this on their own. I wanted to create a sort of open-source memory that the reader could join anytime they wanted, and when they leave I want them to miss it. Just like I do.

I’m proud to have set this story in Aherlow. I hope you’ll come visit, have adventures and maybe even make a few memories of your own.