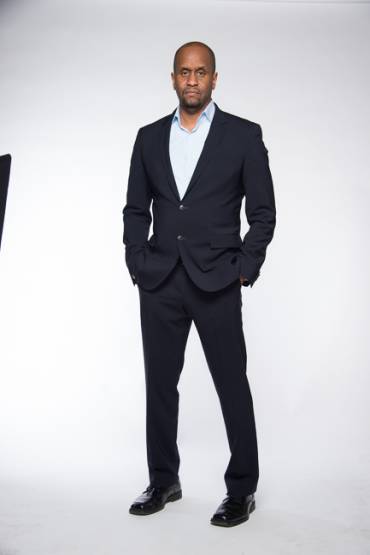 If you’ve ever been incarcerated you will know that nothing seems to go as you originally planned. You thought you knew where you’d do your time, but that gets switched up on you. Your lawyers told you they’d stay on top of the case, but after a while the money dries up, and you just stop up hearing from them.

Your family then react to your situation differently than what you expected – the visits and the letters are frequent at first, then suddenly the letters become a rarity.

You have few options when doing time. Many folk just sit around watching television, playing cards, goofing off and trying to keep their heads down to avoid trouble. That’s pretty much what I did in the beginning.

I didn’t care about anything. I found myself walking the yard and keeping to myself. I didn’t trust anybody. I just wanted to be left alone. I thought about a lot of things. How did I get here in the first place? How I would do things differently when I got out. I even went through my checklist of buddies. Who could I count on when I got back to Baltimore? Who would I have to drop?

Prison is like groundhog day. You do the exact same thing every day. We were told what time to wake up, when we could sit around, when we could eat and when we had to go to sleep. Time moves very slowly inside the joint.

I was always on my guard watching my back because you just never knew. You could easily get caught up in gang stuff really quickly. Others found God and religion whilst a bunch of guys I knew became obsessed with working out and lifting weights. For a time, I was one of these. I used to run three miles a day to take my mind off things.

But after a while I discovered a place that allowed my mind to truly escape; it was the prison library.

I know it sounds cliché but that library was many things to many men. Among those books, magazines and recordings, you could find just about everything you needed. At first, I began to read like a mad man. I found books about my favourite athletes and entertainers.

I read stuff like Shakespeare, Frederick Douglass and Mark Twain. I discovered the “Autobiography of Malcolm X” and Dr. Martin Luther King’s “Letter from a Birmingham Jail.” I read about Sojourner Truth, Jackie Robinson and found out that before it was a television movie, “Roots” was a book by Alex Haley who came from Maryland just like me.

I sat in the library for hours reading detective novels or the autobiographies of men who struggled against adversity. I also liked those true gangster stories and read about the mob. These books reminded me of the street; they reminded me of my block.

The library was an oasis of knowledge. In one day, I could read magazine articles about starting a successful business, the hottest new sports cars and traveling the world. Others felts the same. If you looked around the library, you’d see inmates with law books stacked high on their tables, trying to see if they could find case law relevant to their own situation. Some of these men were serving 30 years or life in some cases. Some men were simply trying to improve their reading skills.

Others, like me, chose to spend their time improving themselves. It was in that library that I felt myself growing, absorbing all the books I could read and truly understanding what was possible and what the future could hold. It didn’t take me long to discover that although I was in prison, my mind was still free.