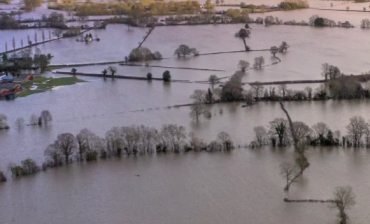 Of all the sobering variabilities surrounding the approaching climate crisis, there is one, which we can be certain of; Ireland will be one of the worst impacted by coastal flooding.

If the science is correct, then even in the relative short term, our current governmental relief funding is unlikely to be anywhere near enough to assist those internally displaced by the impact.

All around the world, countries are trying their best to predict what this new reality could look like. Of course, the problem with trying to predict the impact of climate change is that the data is changing in real time.

You see the systems that allow life to thrive in an ecosystem are fundamentally non-reductive in their nature. They are chaotic and delicately balanced. It is why it is so hard to find life on otherplanets; because, simply put, very few places have been as lucky as we’ve been.

The vast majority of the universe is inhospitable to human life. Even our own planet wasn’t up for it for the first billion or so years of its existence. All this to say, eventually, our luck has to run out.

In his terrifying and impeccably researched book The Uninhabitable Earth, writer and journalist Dave Wallace-Wells does the sums on just how our individual carbon footprints can directly affect sea level.

In a chapter cheerily titled ‘Drowning’ he concludes that on average, through our individual contribution to greenhouse gasses, each of us is now responsible for adding 5 gallons of water to the world’s oceans, every single minute.

It was facts like this one, along with hours and hours of drone shot footage detailing the yearly impact of flooding in Ireland that led me to believe, during the research period for my novel Harrow the Boys that my chief fictional conceit of a rural Ireland racked both geographically and economically by rising sea levels, deformed weather systems, and seasonal tides was not some dystopian sleight of hand, but was in fact a somewhat conservative estimate of what has become an inevitable and logical endpoint.

In the novel, the story explores what life could be like, as people adapt to a world that is not too far from this same logical endpoint. The skeleton key moment for me, the moment that sort of unlocked the idea of Harrow’s world, was one that I experienced as a 12-year-old, on a camping trip in the Glen of Aherlow, close to where my father grew up.

In the evening we walked the country roads towards the observation deck that is Christ the King, a local favourite on hot summer days; a small hairpin shaped incision in the hill of Slievenamuck, where you can park up and set off on hill walks or spend the day enjoying the incredible views below.

That evening in the dark, standing in the spotlights of the statue of Christ for which the spot is named, I compared where I was standing with the pictures I had seen of Christ the Redeemer in Rio de Janeiro, imagining the vast glen in front of me, flooded to resemble Brazil’s Guanabara bay.

That evening it was just an image and a feeling, one that eventually over many summers bloomed into an idea. The idea of Favela towns cobbled together from what was left of a drowned country. Not thriving but surviving, using their own improvised economies to adapt to their new world.

Back then, it seemed like a novel take on rural life, set within a flooded dystopian world. Now, given all I have learned, it is not really about how this will happen at all but when.

While writing Harrow the Boys I used flood maps predictors to give me an idea of what could sit where in this world. Setting sea level at around 75 feet. In this model, Ireland is not at all in good shape.

Dublin is five or six feet underwater and Cork, Waterford, and Galway are effectively lost to the sea. While much of the midwest is carved up by what I refer to in the novel as The Leak.

What happens when our most populated areas become uninhabitable? How will we navigate that problem? How will our social systems cope with such a mass migration of people on our island? How are we even remotely prepared for this level of societal transformation?

In 2019, the American Geophysical Union released a study predicting that we are approximately 150 years away from reaching heating levels of 4C above where we were just 100 years ago, a temperature not seen on this planet in the last 56 million years.

Going back to that perfectly titled chapter in Dave Wallace-Wells’ book, where he quotes Peter Brannon’s work — stating that at these sorts of numbers earth’s poles will be barren of ice, and sea levels will have risen to 260 feet above where we are today. Simply put — where the hell are we all going to go?

And then there is the methane. Below the arctic ice sheets, sleeps a continent sized bottle cap of permafrost, and trapped below this cap is a material known as methane clathrate.

Essentially, what you find there is a frozen sheet of water and methane that you can light up like a firelighter. If this permafrost seal cracks, it will exhale vast plumes of methane into the atmosphere, setting off a series of bifurcating events that will rapidly raise the earth’s temperature closer and closer to that doomsday number.

This process has been coined The Clathrate Gun and there is some evidence, based on observed methane plumes, that the trigger to this gun may already have been pulled.

Not only that, but we have recently made the discovery that during the Permian period a new type of microorganism sprung from the fountainhead of evolution, a methanogen with a love for producing methane in anoxic environments, over time releasing enough methane to slowly warm the nascent oceans to the point where they are now chief suspects in not one but two mass extinction events.

That is the thing that gets me about the denial of any anthropogenic or man-made elements in our current climate outlook. You see life on Earth has formed here. Life has been there, bought the t-shirt. And as for the idea that it is some sort of coincidence, that our current rate of warming just happened to kick off in time to coincide with humanities industrial age? Well, as a science fiction writer, this narrative premise is a little too unrealistic, even for my tastes.

In those moments of incandescent anxiety we all felt, as we drifted into the liminal space that was the Covid-19 lockdown, many of our anxieties were driven by the logics of fictional narratives. 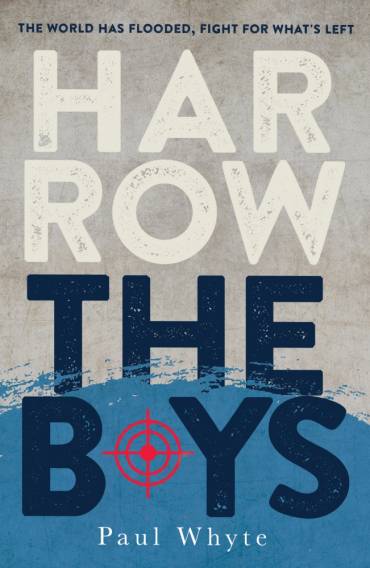 We have seen these end-of-the-world narratives play out in our media many, many times. The difference with climate change is that we have not had that incandescent moment, that trigger-pull to collective action. However, we are no less living out this disaster movie narrative, it is just happening in something similar to slow motion.

So when you read these timelines that seem so far away. Do not allow apathy to creep in, as inviting as it may be. Because there are those who benefit from it. The roughly 100 energy companies responsible for 70% of global emissions will try to pass the responsibility solely onto the individual.

This apathy is one of action — where we feel like we are doing enough while energy giants continue feeding the hungry ghosts of capitalism. We have to fight this apathy where we see it. We must match our own individual footprints with individual rage. We must understand that if we want a future at all we are going to have to fight for it. We are going to have to adapt for it.

How do we spot these agents of apathy? Well, let us observe culture through the lens of narrative logic once more. Ask yourself in these moments of observation, if this was Spielberg’s Jaws —  culturally, which players fit the role of the town mayor who ignored the advice of experts? And who fits the roles of Brody, Hooper, and Quint?’

I suggest you find your role. And that you play it.

This article by Paul Whyte, the author of Harrow the Boys, was first published by The Examiner on December 3, 2020. Harrow the Boys is available from maverickhouse.com