Kevin Shird has been rocking the media! 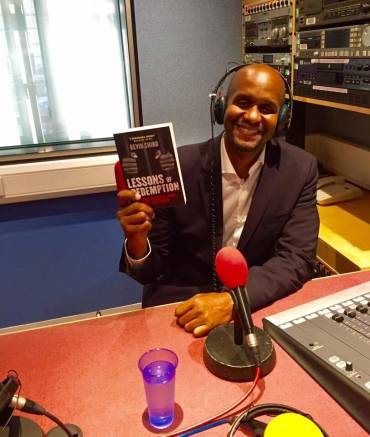 This week, Kevin Shird has been visiting Ireland the UK. He travelled in on Monday morning, braving the blistering Irish sunshine for an early morning interview with RTE’s own Sean O’Rourke, before a brief respite for his afternoon’s affairs. Rocking his gold-rimmed sunglasses for his interview with O’Rourke, he was fit for the weather.

Soldiering on, Kevin travelled to Today FM’s studio, to speak to The Last Word’s Matt Cooper. There, he spoke candidly about his experience on the streets of Baltimore. With Cooper, he covered everything from the first time he saw someone get shot in the head, to his relationship with Wire creator David Simon. Despite an 8am start in Dublin, he continued on his trip through Dublin to sign some books. 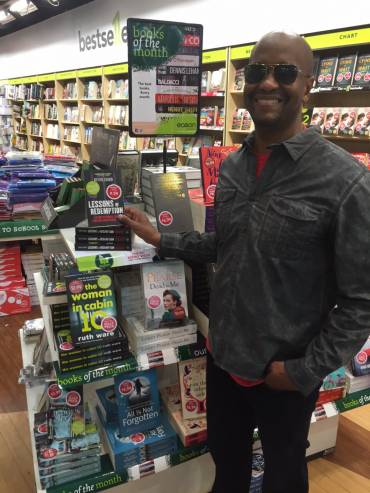 He returned to the Maverick House offices, after a long day in the heat. Here, he sat in a stifling office for an in-depth interview of our own. Talking about fear, life after prison, and buried feelings of his time in the drugs business, the interview was another testament to the determination with which Kevin tackles his social equality work. Despite a long day in the heat, and an even warmer office, Kevin still managed to sign some books. 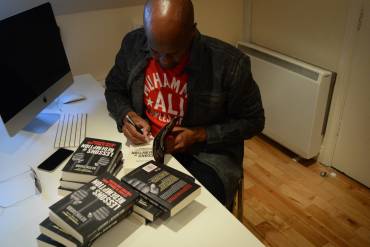 Kevin’s tour then moved on to the UK, with a blog piece up on Big Issue North. This was accompanied with two days of interviews with BBC stations up and down the country. We highly recommend his BBC Radio 5 Live show. 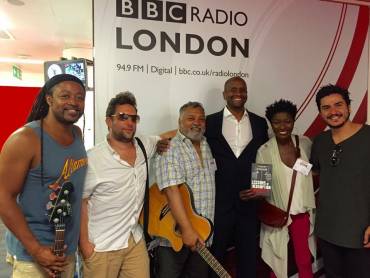 Kevin Shird (in the suit) with soul fusion band Incognito

It’s been a long week, but we wish to thank Kevin for all his hard work promoting his book, Lessons of Redemption. We’ll be sure to keep you up to date with all the action as far as Kevin’s concerned. In the meantime, safe travels Mister Shird, from all at the Dublin office.