The Film Critics Loved A Prayer Before Dawn

Billy Moore’s A Prayer Before Dawn: A Nightmare attracted critical acclaim from some of the most respected film critics in the world. The film was declared a triumph in immersive story-telling. We have gathered a selected of the best reviews. 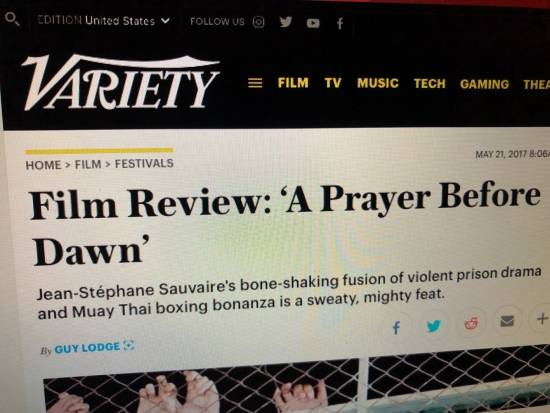 A Prayer Before Dawn reviewed by Variety Magazine 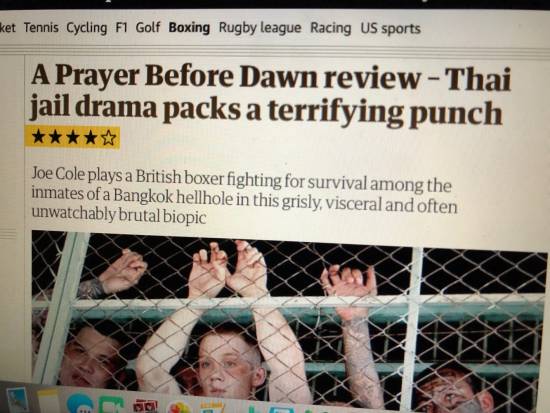 ‘The combination of handheld HD cameras at close range and Nassim El Mounabbih’s astonishing sound design makes for primal, first-person camera. The sensory thump of boxing gloves, of blood pounding in the eardrums, of flesh smacking flesh is interrupted by the woozy, disorientating silence of concentration while in the ring.’ 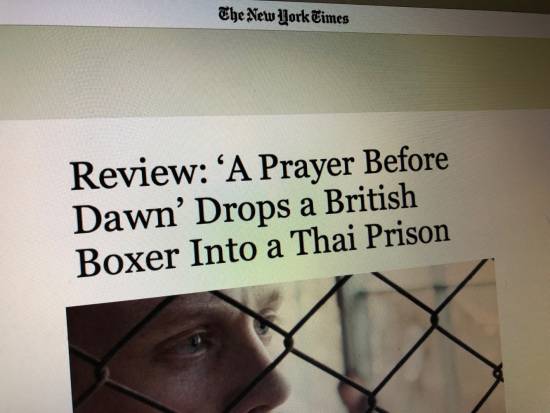 ‘The definition of an immersive experience, “A Prayer Before Dawn’ is a survival story whittled to sweat and sinews. The film’s “Midnight Express” style abominations aren’t new; what’s different is its director’s impressionistic eye and instinctual connection to his subject’s tribulations. Mr Sauvaire’s approach may not be for everyone, but his skill and audacity are invigorating-and strangely, liberating’ 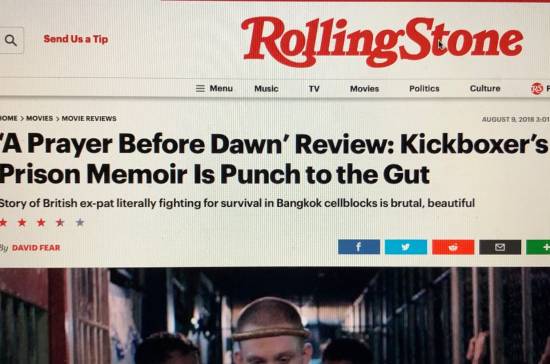 A Prayer Before Dawn as viewed in Rolling Stone

‘There are boxing movies, there are jailbird dramas and there are hell-and-back memoir adaptations — A Prayer Before Dawn throws all three of these genres into a dingy cell together, forcing them to either make nice or beat each other senseless in a survival-of-the-fittest showdown’ 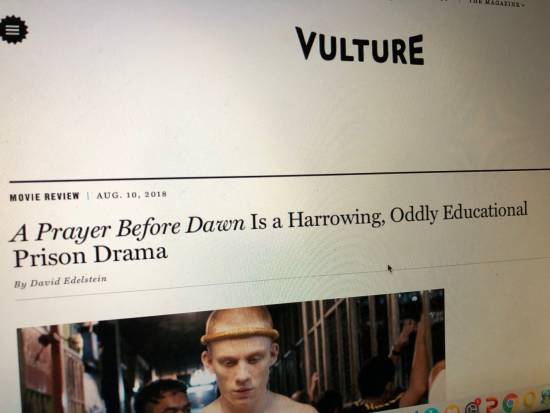