The opening pages of The Last Executioner by Chavoret Jaruboon 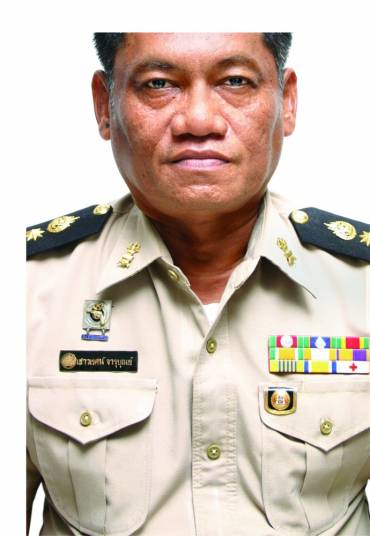 There were three that day; I shot two. The day before, I had celebrated my 36th birthday, but that day I had to prepare myself to kill a man for the first time. Ten years of experience had brought me to this defining moment. I had worked my way up from handling the prisoner, to adjusting and aiming the gun used to kill the condemned, and now I had been promoted to the most prominent position of all. I was the executioner.

The prisoners were very calm. You never know how they will react when it is their turn. When I used to escort the men from their cells to their death, I could almost smell the relief of those spared for another day. By the time I came to take them, the doomed convict would have already given away his stuff to the other inmates; all that was left to do was say his goodbyes. I was told later that Samran, one of the inmates waiting to die, kept reassuring his friends and maybe himself by chanting, ‘It’s my time bro, it’s my time’.

The convicts followed the guards out of the wing, eyes to the ground. Nobody spoke. What was there to say? You would not insult a ‘dead man walking’ by asking him again if he was really guilty—it was too late anyway for a declaration of innocence. Besides, they were guilty. We knew that and they knew that. Two of them had achieved notoriety with their gang of thieving murderers. The third one worked solo, with the same results. Each man was getting the punishment he had earned for himself, through his own actions.

I was surprised to discover that I was a little nervous. I was still feeling fresh from my nap and shower I’d had that day. You see, I wanted to look my best; it would help me concentrate. I had gotten my wife Tew to iron my second uniform. She was surprised to see me home so early that day, and even more surprised to be told that I was returning to work for an evening shift. I would tell her later—maybe.

After ten years of playing supporting roles in this execution process I was finally taking the lead part. My one desire was that they would die immediately, without pain. I had hand-picked the fifteen bullets myself. I did not expect to use them all, but I had witnessed enough errors over the years to persuade me to be fully prepared, just in case. It had to be a perfect, clean shot. There would be a lot of blood when we were finished.

I aimed the HK MP5 at the target and suddenly realised that I had forgotten to cock the gun. Trying to hide my panic I kept my face expressionless, ignoring the rest of the execution team and the officials. All eyes were on me as I carefully cocked the gun and took my aim again. The audience waited, in mute anticipation. Lhee, the condemned, was the only one unaware of my embarrassment.

I felt like I was on stage once more, dressed like Elvis Presley, and playing my guitar for the American soldiers like I had done in my younger days. Except now I was going to take a life. When people ask me if I am ever afraid of being haunted by dead convicts, I tell them I am more afraid of my wife.

My name is Chavoret Jaruboon and I am a legend. I am the last person in Thailand to execute criminals with a gun. I have shot 55 men and women, and this is my story.