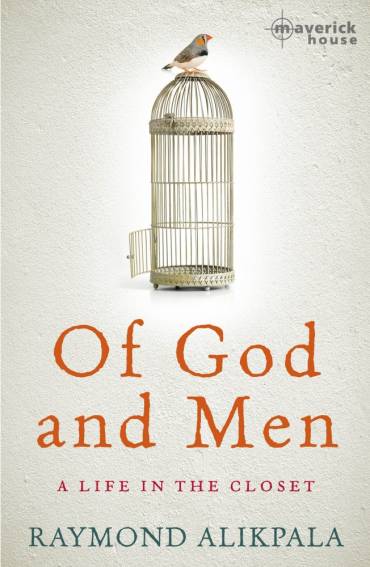 The historic landslide victory of the Yes vote (62-38) in the 22 May 2015 Irish referendum on same-sex marriage caught everyone by surprise, even the Irish themselves. The Archbishop of Dublin in the predominantly Catholic country has called for a “reality check.” The Vatican Secretary of State called the Irish vote “a defeat for humanity.” U.S. Cardinal Raymond Burke said that Ireland has “defied God.” Closer to home, the Philippine bishops are closing ranks and saying that same-sex marriage “is against God’s will” and warning the faithful against a “bandwagon mentality.”

Pardon the schadenfreude, but I am tickled to see our prelates panicking as they realize that their absolute power ain’t so absolute anymore.

The celebrations that broke out all over Ireland as the results were announced were moving and wonderful to behold. This was People Power once again. But this time, the church found itself on the opposite side of the revelers, out of touch with the people whom it supposedly serves. Happily, some priests were on the people’s side. According to Dublin-based priest Fr. Gerry O’Connor, a member of the Association of Catholic Priests, up to 1 in 3 clergy voted “Yes.” One of them was Fr. Iggy O’Donovan of Limerick, who said, “The people have spoken, and the majority of the voters are Catholic, and they voted to reject what the hierarchy told them.”

What are the chances of a similar thing happening in the Philippines?

I’d like to believe it is possible. It had been thought impossible in Ireland as recently as ten years ago. But as any Christian will tell you, nothing is impossible with God.

I made my views on same-sex marriage very clear in my book,  Of God and Men (a.k.a. God Loves Bakla), which was first released in 2009:

“I believe that when two persons decide to make a lifelong commitment to love and support each other, it is in society’s best interests to protect this commitment and to encourage the parties to live up to their commitment. The institution of marriage must be opened up to allow for same-sex couples. Liberty and equality demand it.”

It was Denmark that first legally recognized same-sex couples in 1989, but the term was “registered partnership.” Other European countries followed suit, but it was the Netherlands that first used the word “marriage” in 2001. A total of 19 countries have legalized same-sex marriage nationwide. Following Netherlands (in chronological order) are Belgium, Spain, Canada, South Africa, Norway, Sweden, Portugal, Iceland, Argentina, Denmark, France, Brazil, Uruguay, New Zealand, Britain, Luxembourg, Finland and, of course, Ireland. Two others (Mexico and the U.S.A) have regional or court-directed provisions enabling same-sex couples to share in the freedom to marry (from www.freedomtomarry.org).

In addition to the 21 countries, there are those that offer many rights to same-sex couples but stop short of marriage; these include Australia, Chile, Ecuador, Germany, Greenland, Hungary, Northern Ireland and Malta. Countries that offer some protection to same-sex couples include Andorra, Austria, Colombia, Croatia, Czech Republic, Liechtenstein, Slovenia, and Switzerland.

In 2014, Vietnam repealed a law banning same-sex marriage. This in no way legalizes same-sex marriage, which will require a more declarative law, but it nonetheless signals that the winds of change have reached this part of the world.

When Ang Ladlad campaigned during the 2010 and 2013 partylist elections, its platform specifically excluded any mention of same-sex marriage. It was not yet time, we believed, and our priority was to pass an anti-discrimination bill that has been pending in Congress for more than a decade. It was a strategic move on our part, and our own membership was deeply divided on the issue (yes, Virginia, not all gays and lesbians want same-sex marriage, in the same way that many Irish gays and lesbians campaigned for the “No” vote). But times have changed.

On 18 May 2015, the Supreme Court received a petition for certiorari and prohibition from Atty. Jesus Nicardo M. Falcis III, seeking to nullify the Family Code provisions that limit marriage to one man and one woman. The petition is reportedly the first to be filed in any Philippine court advocating the legalization of same-sex marriage. I have read the actual petition; it has a novel legal theory and is well-written and well-researched. But will the Supreme Court give it due course? It’s anybody’s guess at this stage, but the petitioner has my profound respect and admiration.

Some of my fellow LGBT advocates have already expressed concerns that the Falcis petition is ill-timed and could set back, rather than advance, LGBT rights in the Philippines. It was similar in the United States, when various advocacy groups quarreled among themselves for many years on the best way to push for same-sex marriage. Whether filing test cases in the courts or pushing for bills in Congress, the cat is now out of the bag, and same-sex marriage has now become a Serious Political Issue in the Philippines.

So will we have same-sex marriage in the predominantly Catholic Philippines? My answer is Yes, just as it happened in Ireland and Spain. It’s a matter of time. It may still be difficult to imagine at this time, especially when you read comments like this from ignorant Filipinos: (actual quote from the Manila Bulletin website) “If we allow same sex marriage now, who will prevent abnormal people to advocate that marriage with animals is the next best thing to do?”

Let them yakkity-yak away. Let Cardinal Burke and the CBCP have their say. Their days are numbered. And that day in Ireland, when rainbows blazed all across the heavens, as if God herself was saying “Well done, Ireland!” will also happen someday in the Philippines.

Mark my words. It will happen in my lifetime.

Raymond Alikpala is the author of Of God and Men: A Life in the Closet