Reader Reviews of A Prayer Before Dawn Posted Amazon

We have always believed that customer reviews posted on Amazon, Goodreads, Facebook, Twitter and personal blogs are what really matters. When someone takes the time to write a review, especially a good one, it means a lot to both us and Billy Moore. We’ve reposted the latest reviews of A Prayer Before Dawn: A Nightmare in Thailand as they appear on Amazon.com. We can’t thank each and every one of you enough for taking the time to write such kind words about Billy’s memoir. Maverick House 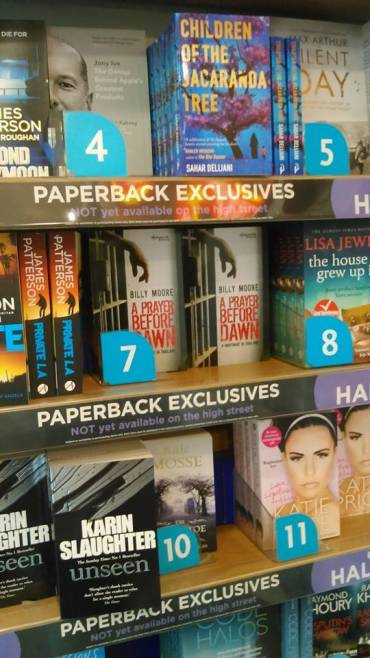 I have never written a review. To be candid, I was only interested in Billy Moore’s story because of my following of the actor who is set to play him in the film adaptation. From page one, I tore through the book in a single day.

I understand the depths and demons of addiction from my own personal experiences. My perspective from upper middle class Mid westerner is vastly different! I expected to read yet another “poor me” account of the ravages of addiction and poor choices. I was very wrong.

The frankness with which Billy tells his story is unexpected. He makes no bones about his character, which at many times in his life was dubious at best. What was unexpected is his awareness of the shame. Most addicts that I know of are unwilling to admit that.

Many may say that Billy’s lifestyle and choices brought his circumstances upon himself. I challenge anyone to read “A Prayer Before Dawn” and not feel an abundance of respect and awe for this man.

To descend to the man made depths and come out somewhat still intact is unbelievable. The hellish nightmare of the Thailand judicial system is INCOMPREHENSIBLE.

I find myself wanting to know more about this courageous man and what happened after Thailand. It’s a thriller, it’s poignant and funny, sad and frightening, it’s a love story….a man learning how to love himself.

What an incredible story. I don’t usually read these types of books but this was great! It’s a moving story of hope, hopelessness, survival, strength. Definitely a must read!

Gripped from the start. No boring chapters of childhood history in this memoir. Billy drops the reader straight into the horror of drug addiction. The pace revs up to his arrest. The dangers of the Thai jail kept me reading way past my bedtime. The prose is crisp, punchy and effective. The pace is relentless. Highly recommended.

This is a great read it is very realistic and emotional. I really am amazed that Billy was able to survive all this and come out so strong. Can’t wait to see the movie

A sad and overwhelming story. I enjoyed reading it. I wouldn’t say it’s a tear jerker but definitely made you appreciate the smaller things in life!

I bought this book on impulse from a little shop in Thailand where I went in to buy water. Once I cracked the spine open, I turned the pages with ease. The story takes a candid look at the consequences of relapse from addiction without blaming parents, neighborhoods or “the system”. Moore paints a clear portrait of the internal struggles of sobriety long after the last drink or sniff and the uncontrollable hell that relapse wrecks on a person’s life.

Moore’s style is direct and without self-pity. His descriptions of the living conditions, the inmates and the guards of the infamous Hilton Hell (Bangkok jail) still haunt me. The book’s ending is abrupt. However, what the book lacks in more in-depth views of Moore’s inner turmoil, it makes up with hope for those who battle to find their way back after relapse.

I believe with all my heart that Billy endured true hell on earth both self inflicted and environment of prison and I commend him on his fight to stay clean and sober. But as a reader I was sorely disappointed. The storyline jumped all over the place, there was poor character exploration (I often found myself saying ok who is this guy, where did he come from, and what eventually happened to him). I also had the expectation from reading the story description that was far from what actually was written. The ending was a big let down….not whet I expected. Also did he continue his religious choice? The fact it will be a movie kind of surprises me but best of luck and hope its a success!

I am very moved after reading this book. Billy brought to light his demons that he was facing while in prison in Thailand. The more I read the book the more I felt as if I could to relate to some of the inner demons he was facing. To have an addiction while in prison is something that I can’t even imagine. And to read how horrible the inmates were treated in Thailand. It really made me think how lucky I have it. I fight my own inner demons everyday. But Billy didn’t let his demons or prison get the best of him. He is a fighter and a survivor. His story is very moving, and I recommend reading it because it is eye opening. I can’t wait for the movie to come out with Charlie Hunnam playing the part of Billy Moore. 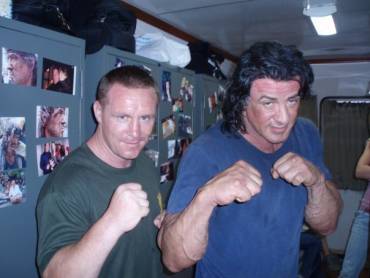