The Suspect – What Happened Next

Did  you ever wonder what became of Joe O’Reilly, the subject of Jenny Friel’s book The Suspect?

O’Reilly was convicted for the murder of his wife Rachel in July 2007 at the Central Criminal Court in Dublin. His story attracted international attention from the media for a variety of reasons.

The victim had been found beaten to death inside her home after dropping her two children to school. There appeared to be no motive. In the days that followed, it was assumed the victim had been killed during a botched robbery. But suspicions quickly turned to the possible involvement of her young husband Joe. 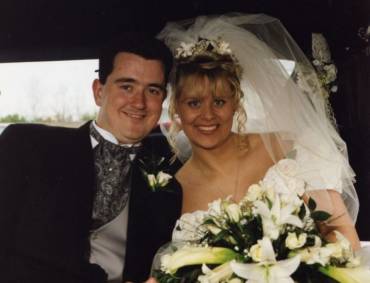 Joe O’Reilly and Rachel O’Reilly on their wedding day.

O’Reilly drew attention to himself by giving a series of incriminating interviews to journalists. He first invited journalists into his home and showed them where his wife had died. He even described how his wife had fought off her killer. When he agreed to appear on Irish television to make an appeal for information, his performance aroused even more suspicion as his grief looked insincere and fake.

O’Reilly was subsequently convicted of murdering his wife but that was not the end of the matter. It was, in fact, it was the start of a series of legal challenges against his conviction.

In 2015, O’Reilly sought to have his trial declared a miscarriage of justice but this was dismissed by the Irish Court of Appeal as an “abuse of process”. Not one to go away quietly, O’Reilly appealed the decision to the Irish Supreme Court, which also rejected his case. It too described O’Reilly’s challenge as an abuse of process.

O’Reilly has yet to mount an appeal challenging his conviction to the European Courts of Human Rights but may do so. He’s actively considering it. For the moment, he’s serving life in Arbour Hill Prison in Dublin where he works as a chef.