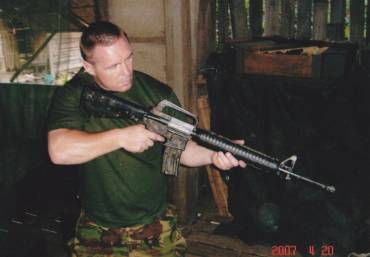 Thai prison, like all prisons, reveals the dark side of a person’s soul. It is how people behave when there are no constraints and outside limits are non-existent. All the fury of the Thai people against the neo-colonial economic imperialism of the West is directed fully at Western prisoners; in the provincial prisons, at least, where little or no oversight exists. The prisons in Bangkok are somewhat less deadly, as the personnel from the foreign embassies visit regularly, making sure that the worst of abuses are curbed.
But still…heroin addiction is rampant, madness is a regular side-effect, and no one emerges from the experience unscathed. On reflection I see a strength of character not of my own but one merely of human survival against all odds.
A U.S. State Department study found that every year spent in a Thai prison is equivalent (in damage done to body and mind) to five years in a standard U.S. prison. The Three-plus years I did are therefore roughly equivalent to doing 15 years in the U.S/UK prison system. (I was then given a treaty transfer and served an additional 8 months in a UK. prison).
Thai prison is a surreal place. Like Thai society itself, it’s a strange mixture of casual brutality and indifference to human suffering, while being placed side-by-side with stoicism, introspection, and humour in the face of death.
In retrospect, that cauldron of viciousness and cruelty brings forth the whole spectrum of human behaviour–from great evil to transcendent kindness, and mimics what I would assume those who survive a war must experience.
As for any sense of transcendence, it still makes its presence known. A starving man sharing his last morsel of food with someone even closer to death than himself; a person providing a stamp and writing a letter home for an illiterate, penniless prisoner on the edge of death, having that stamp represent a priceless resource; giving comfort to a man dying alone and in agony on a cold, damp floor; and the simple decencies of things shared between friends and comrades in extremis. In respect to more profound kinds of transformation, you have people discovering their own humanity and electing to follow a path of integrity. They care for and share with others out of a sense of rightness, without any thought of personal reward. All that is present, but it is of course the exception and not the rule.
Billy Moore