Joe Cole, the British actor who plays Billy Moore in the film adaption of A Prayer Before Dawn.

The prison boxing team trained hard, very hard. Every time I tried to enter the gym I was told to go away. “You no welcome,” said a tired, old-looking Thai trainer who called himself the Black Superman. Whenever I approached he would rush over to lock the gate and block my entrance. I just stood outside and stared through the fence, watching the guys sparring.

I pleaded with them to allow me to train. I couldn’t understand why they were so reluctant to let me box, or even work out. It had to be because I was a foreigner.

“Hey, let me in,” I shouted, but the blank faces that stared back told me the answer was going to be no. “Hey, ajarn,” I shouted. The ajarn, or teacher, was the guy I needed to speak to. In Thailand ajarns are respected.

This time I got his attention; he walked towards me coughing and then spat, “Ari farang yah ma yung gap pom, na.” He spoke in machine-gun Thai. I understood what it meant—don’t bother me, foreigner. I had heard it every day for three weeks.

When I showed him a carton of Krung Thip cigarettes a huge smile magically materialized on his face. “Let me train and they’re yours.” The gate opened.

“Welcome, my friend me,” he said in broken English as I walked past him. I headed over to the ring and chose a pair of battered red bag gloves. All the equipment was old and of poor quality, but it was a gym, the blood-and-sweat type. This was my turf!

I pounded the heavy bag for thirty minutes and the ajarn watched me. All the while he smoked. He was a tall man, in his late forties with an air of authority and kind brown eyes. Neither of us spoke. He just smiled and gave me the thumbs-up. Each morning I went to the gym and the gate was now left open for me.

Boxing every day kept me busy and allowed me to forget the austere surroundings of the prison, if only for a while. The ajarn’s name was Chamnan, but he insisted I call him Nan. We became very close friends. He invited me to break bread with him and a few of the other boxers. Thais are generous with food, and would always offer what they had. Some were lucky enough to have families who prepared food for them and passed it in during visits. Outside in the gym compound, huge meals were laid out on a mat. Five-star fried chicken with sweet sauce, fish, beef, vegetables and a variety of red and green curries, all served with soft boiled rice. This was a joy to the heart, but a much bigger delight to my stomach.

Nan told me that he had been a soldier in the Royal Thai Army before he came to prison. On guard duty one night two drunken police officers stumbled towards him, waving their firearms about in an aggressive manner. They grabbed hold of Nan and screamed, “We are police!” Fearing for his life, he pulled out his side arm and shot them both dead. He was twenty-one years old, now he was forty-seven. I liked Nan. He treated me with respect and he told the other boxers to treat me the same way.

Songkran, the Thai New Year, was coming up. The whole country went crazy during this holiday, celebrating with huge water fights and parties that lasted at least a week. The prison would hold their own parties with live music, plenty of singing and a boxing competition. Nan asked me to box—not Muay Thai, just plain old boxing. I was to fight Pon, his best boxer. I had a slight bump on my left side, Nan questioned me and I told him about the accident I had the year before in Laos. I was the first foreigner ever to box in the prison. Nan helped me get ready and said he would be in my corner. 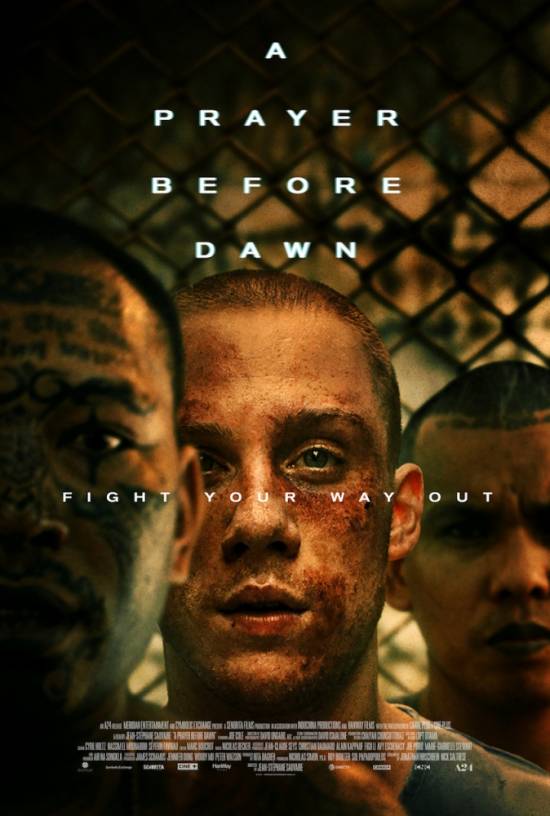 Pon was strong and very fast, with a lot of experience. We both weighed seventy-five kilograms. Pon disliked foreigners and would make it known. “Farang kwai,” (buffalo) Pon spat with venom. This is the lowest insult in the Thai language. It means that you are just a stupid, dumb animal.

The day of the fight arrived, the weather was muggy and the temperature high, into the thirties. Pon was already waiting when I stepped into the ring. A huge crowd had gathered to watch the fight. Nan massaged my arms and shoulders in readiness. The announcer introduced us both to the crowd. The crowd cheered to give us a warm welcome. We touched gloves before the bell sounded.

I came out jabbing fast, but Pon was quick and parried my punches easily, countering with some of his own. In boxing, footwork is essential and I used mine well, moving in quickly, bobbing and weaving from side to side, feigning a jab and coming over the top with a solid, right cross which connected with Pon’s nose. Blood gushed from a cut on the bridge of his nose and spattered the already bloodstained canvas. Pon took the punch well, slipped to my left side and sent a huge left hook to my kidney. I dropped to one knee as pain engulfed me.

The ref began counting me out—one, two, three, four . . . I was back up by the count of eight. I wiped my sweat-drenched and bloody gloves on my vest and held my hands up high to show the ref I was capable of defending myself. To my relief the bell sounded, ending the first round.

In the corner, Nan looked concerned: “Billy, you OK?”

I breathed heavily. “Yeah, but my old injury’s playing up I guess,” I told him. I looked over at Pon, who stared and smiled at me in triumph as if the fight was over and he had already won.

The bell sounded for the second round. I kept my guard up and my elbows tucked in tight to defend my body. Pon attacked me hard and fast again, connecting with solid punches on the side of my head. He was dancing round like a young Mohamed Ali, and every time I tried to counter with my own punches he was gone in another direction. If I was to have a chance I needed to cut him off, corner him.

Once I had him I unleashed a solid combination of uppercuts and hooks, but his guard held strong. He caught me again in my left side. This time I grabbed hold of him, afraid to let go, not wanting to go down again.

“Kwai!” Pon spat through his gumshield. I was breathing hard, my lungs gasping for air.

The ref got between us and broke the clinch. “Chok,” (box) he shouted. It was difficult to box with Pon, he was a southpaw and led with his right, so I moved to my right, making it hard for him to pound me with his powerful left cross. Pon moved in quickly and fired off a right uppercut which jolted my head upwards, then smashed me in the body. The bell finished the round but Pon continued with his onslaught of body punches. The crowd booed.

I sat on my stool; ice-cold water was poured over my head and body. I was tired. Nan was speaking but I couldn’t hear what he was saying. My left side hurt. Something didn’t feel right. Nan slapped me around the face and said, “Billy, last round OK!” When I stood up the crowd were screaming my name.

“Nan, why are they screaming for me?” I asked confused.

“Pon, he no good man, people no like cheat.”

The bell sounded for the final round. I came out, guard down in a showboating style, head poked forward, pulling faces to taunt Pon. He charged forward angrily, wide open. He threw a jab. I rolled under it and caught him under the chin with a beautiful left hook—knocking his gumshield out of his mouth—and then followed quickly with a solid right cross. Pon hit the canvas, the ref stopped the fight and sent me to a neutral corner and counted . . . eight, nine, ten.

Pon was out. The crowd cheered. Nan had a huge grin on his face as he helped me out of the ring. I winced in pain, my left flank throbbing. As Nan took me to see a medic, we passed Officer Prisit. “Very, very good, William,” he cried and gave me the thumbs-up.

The medic recommended that the injury could not be treated at the prison and I was taken to an outside hospital in leg irons with two prison guards.

I couldn’t believe it! My intestines had come through my abdominal wall and wrapped themselves around my muscle, according to the doctor at Marahat Hospital. It had been caused by my accident in Laos when I came off the rented motorbike.

“Billy, boxing now no good,” said Nan when I returned to the prison. “Many danger. If you die me no happy.” I could hear the concern in his voice, and see the hurt in his big brown eyes. “Fix OK, you box, me no problem,” he shouted as I walked away.

I was determined to overcome this setback.

Excerpted with permission from A Prayer Before Dawn: A Nightmare in Thailand by Billy Moore. Copyright 2018 by Maverick House.