The Torso in the Canal: Women on the Wrong Side of the Law 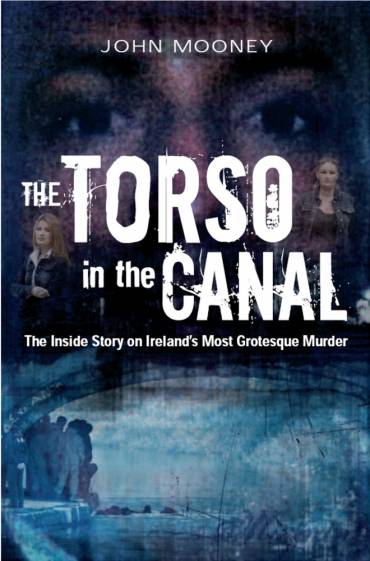 Eleven and a half years ago, a man was murdered in his Dublin city centre home. Some days later, remnants of Farah Swaleh Noor’s dismembered body were discovered in the Royal Canal.  The incident has been dubbed Ireland’s “most grotesque murder”; what some found more surprising is that it was two women – the Mulhall sisters – behind the gruesome act.  The discovery process surrounding these events was drawn out, the culprits’ foggy memories of the night obscuring a clear understanding of what happened.

John Mooney’s comprehensive book, The Torso in the Canal, dives into the complicated, disadvantaged world of the Mulhall family’s misfortunes in order to shed light on the events of March 2005, and why they took place. The account’s exploration of the circumstances which led up to the murder attempts to break down the cycle of causality specific to the murder in order to penetrate the psyches of the killers, whose uncontrolled actions left the Irish media and people wondering at such violence.

Many parts of the book, while informative, are unsurprisingly difficult to read, given their subject matter is that of a stabbing.  However, what really shines as the most compelling aspect of the text is Mooney’s panoramic representation of the unlucky individuals in the case as victims of circumstance.  The book’s delving into the cause and effect of the murder encourages an understanding of this episode as a boiling point in a long chain of events which left the women involved very protective of themselves and one another.

Mooney takes care to mention the violent past of each man as he is introduced in the first chapter; Kevin Mulhall’s history of aggression towards his ex-wife Kathleen aligns with victim Farah Noor’s lack of respect for women. Noor’s record of violence, rape and even a killing which was alluded to emphasize this strand of male violence directed at women in the book.  Linda, one of Noor’s attackers, had also previously been involved with a violent partner who had fathered her four children.  This family’s story was clearly already littered with brutality and disappointment for many long years prior to the murder.

In line with their difficult experiences, the people featured in this book repeatedly turn to substance use as an escape and a coping mechanism.  The account of the murder and the events leading up to it feature heavy drinking and drug abuse on the part of all four individuals involved: Noor and his partner Kathleen Mulhall, along with daughters Linda and Charlotte.  Likewise, histories of ongoing heavy drinking are linked with both Noor and Kevin Mulhall.

As well as being an interesting read on a recent Irish murder case, this book examines aspects of working class society in Ireland today – especially from a woman’s perspective and the difficulties she may face in a position of vulnerability.  One of the lessons to be drawn from this book is that violence breeds violence; when a woman has grown up surrounded by family members and friends continually hurting at the hands of their partners, eventually her urge to protect them could well overpower anything else.

Readers of crime and popular sociology alike will undoubtedly find this accessible and quick-to-read book a piece of interest.  Want to read it? Get it here.