In my mind, I became an author around 2007. I had written feature articles for many magazines prior to 2007, but there were many short stories relating to life in Thailand, my home since 1997. I wondered could these be made into a book?

I had read of the difficulties in getting a book published and I procrastinated. I might have had shortcomings in many things – but ‘ego’ wasn’t one of them. Dare I expose my psyche to some faceless publisher? This had kept me back until I came across a publisher called Maverick House. Having always been something of a ‘maverick’ myself I took this to be an omen and wrote to a faceless person in Ireland who was going to hold my fate as an author in his or her hands. 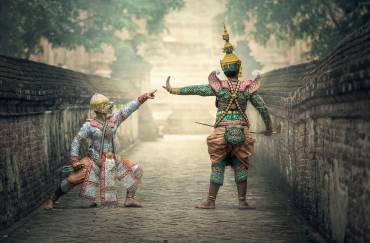 A return email requested four chapters which were nervously sent by me, to be rewarded with a preliminary contract by return. Woo Hoo! I might be an author yet. But I was advised that I would never make a million from book sales unless my name was JK Rowling or Dan Brown. I suggested I change my name to John Kenneth Rowling but this was ignored! However, there was now the next hurdle. Faceless person wanted 60,000 words. I had written 30,000. Was I a real writer who could produce the goods under pressure? Or was this the final hurdle at which I could fall? By concentrating, I had found out by this time that I could easily write 1,000 words a day. 30,000 was 30 days. It was do-able.

Having completed the book (or so I thought) there was now to and fro movements as items were checked, some advice from my sub-editor in Ireland, and another sub-editor already here in Thailand and items refined and corrected. It was a fairly intense period in my life as I already had a full time day job at the Bangkok Hospital Pattaya. The 30,000 words were not days, it was more akin to nights.

Eventually, the manuscript was finished but a title was necessary. Maverick House said it should be called Farang. I can’t say I liked the title, but worked on the principle that the publishers would know better than a tyro (me).

The same situation occurred with the cover. Again I was not really happy with it, but again worked on the principle that Maverick House knew more than this farang maverick doctor. Now came the agonizing wait for Farang to become a real book, physically and in my hands. The day the initial print run arrived, and I saw it in the bookshops was the day I became an “author” in my own mind. However, the next stage was to have a book release for the general public, who would hopefully become readers of my book. I decided on Jameson’s, my local pub, a well known watering hole for expats in Pattaya.

There’s a lot of waiting in this publishing business. This particular one was waiting and wondering if anyone would come to my book’s release, and would they buy a copy? Fortunately they did come and for two hours my time was taken up by signing copies of the book, while asking for their name as part of the dedication. More heady experiences were to come with it being the best seller in Pattaya for several weeks. Who needed Harry Potter? Farang was doing well. I was even taken for a meal by a chap who insisted he buy me lunch as he had never eaten with an author before. It was also a great fillip to the ego to be stopped in the corridors of the hospital by strangers who wanted to tell me how much they had enjoyed the book. Some emails with congratulatory messages came too, giving me a smile to last the day. 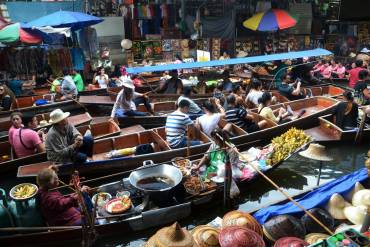 So what did being an author do to my life? It was the start of being cajoled by Maverick House to write another one. The sequel so to speak, and so Farang the Sequel became my second book. It is fun to go into a book shop to see both my books side by side on the shelf. I even succumbed to vanity one day when I saw someone flicking through a copy of Farang to say, “If you buy that book, I will sign it for you.” He didn’t. Another blow to the ego.

So is there a third book? Yes there is, but not just a “Thailand” book. This next book is to cover 40 years of my being a doctor. The highs and lows, the funny and the sad, a book that should have (I hope) universal appeal. All true and has such stories as the man who could not keep an erection but after treatment rang me the next morning to say, “Best root I’ve had in years, Doc, but I think we should lower the dose a bit.” “Why?” “They could have picked me up by the legs and ploughed the front yard with me this morning!” was the reply. My working title is The Virgin Surgeon, but don’t hang around the bookshops yet. It is still a work in progress.