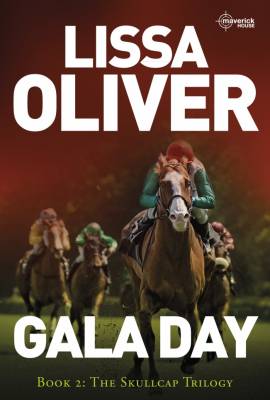 Pete Allen is a thirty-something jockey whose once glittering career is now faltering. He yearns for the success and respect of his past and hopes his new job as jockey to Sebastian Churchill will restore his reputation. But owner Walter Casburg prefers betting coups to honesty and expects Pete to ride to orders.

Pete must also shake off the demands of his bookmaker if he has any hope of salvaging his career and integrity, but when the chance to clear his account goes awry he finds himself deeper in debt and the stakes are suddenly much higher.

When threats follow demands and Pete’s career is on the line he no longer knows quite who’s pulling the strings. With a dubious journalist and Sebastian’s sister his only allies, dragging his enemies out into the open seems like a good idea. But who are they and has he underestimated how far they’re prepared to go?

The disappearance of Sebastian with the takings of a charity gala day appears connected and his links with a German drug dealer suddenly raise the ante way above the mere grievances of an illegal bookmaker. Pete must dig deep and ironically live up to his shady reputation in full if he is to redeem himself and save the people he loves…