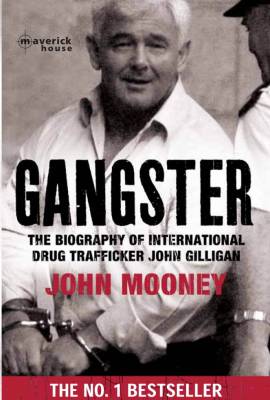 The biography of the international drug trafficker John Gilligan

Gangster is the critically acclaimed biography of John Gilligan, the biggest drugs trafficker to emerge from the Irish underworld.

This book is an extraordinarily account of how a young Dubliner became a multi-millionaire criminal. It uses first-hand interviews with Gilligan, his thugs, friends, family, enemies, anti-drugs activists, members of the IRA and the police.

It tells of violence, kidnapping, shootings, criminal espionage, drug dealing and how criminal gangs vied for power to control the Irish trade in drugs. Shocking, fascinating and frightening, Gangster also tells the story behind the murder of Veronica Guerin, the crime reporter.