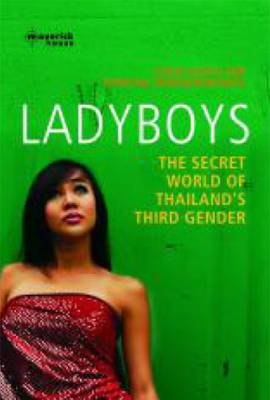 By Susan Aldous and Pornchai Sereemongkonpol

Funny, passionate, angry and provocative, Ladyboys is a no-holds-barred look at the secret lives of Thailand’s transsexual men.

This extraordinary book is an intimate portrait of Thailand’s ladyboys: the men who have chosen to become women. This book offers intimate details of the lives that they’ve never publicly revealed. They talk about the choices they’ve made, their relationships, families, frustrations and hopes. The stories include those of an exotic cabaret performer, a sex worker, and even a Muay Thai boxing champion.

Ladyboys will leave you amused, saddened, and entertained.

"Right from the introduction, the authors state plainly the direction of the book, “Focus attention on the individual rather than the dilemma of whether to refer to them as ‘he’, ‘she’ or ‘it’.” The book then covers nine ladyboys (or katoeys) and looks at them all as individual people and in doing so highlights the differences and common factors.
The book begins with Mali the go-go girl, who openly admits that she is a prostitute, and undoubtedly would have taken that course whether she had stayed as a male. She tells of an amusing interlude in her life where she was called up for national service as all young men are in Thailand, but was rejected medically as having a “misshapen chest”.
Mimi the fashion columnist had realized from the age of eight that she was ‘different’ from the other boys at school, but has been fortunate in having understanding parents who have allowed her to be herself.
"The message is simple. Ladyboys should not be looked upon as ‘freaks’ - the so-called long necked Karen women are much more of a freak show. Thailand’s third gender, as the book cover says, is just that. A third gender, and should be accepted for what they are - individual human beings who should be given respect by other human beings. A fascinating subject and treated in a non-threatening way. The authors are to be applauded with the stance they have taken.