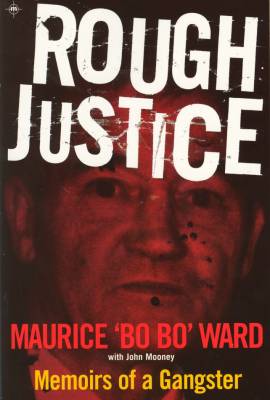 Memoirs of a Gangster

By Maurice Ward with John Mooney

Completed hours before Maurice Ward’s shocking murder, this remarkable book is the first autobiography of an Irish criminal.

Recording his incarceration in Upton Industrial School, Ward recalls how the violence he suffered at the hands of the religious altered his personality and turned him to crime. Refreshingly honest, Ward writes about his involvement in bank robberies, fraud and drug trafficking before proverbially turning his back on crime to campaign for the victims of childsexual abuse.

At the height of his campaign, he was tragically murdered in front of his family, hours after his finished dictating his story to Ireland’s leading crime journalist, John Mooney. Told in the first person, Ward’s voice echoes from beyond the grave.