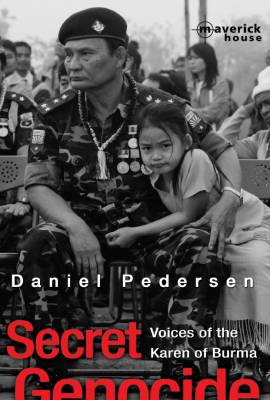 Voices of the Karen of Burma

It is almost 60 years since the Karen took up arms against the Burmese dictatorship to fight for an independent homeland, but theirs is a nationalist struggle that shows no sign of exhaustion.

Secret Genocide is a scholarly book detailing the plight of the Karen of Burma. Author Daniel Pedersen writes about the secret genocide of the Karen people at the hands of the Burmese junta, who use murder, rape, forced labour and torture to quell their enemies.

Decades after the Karen took up arms against Rangoon; there is no telling when – or if – their struggle for a secure homeland will be finally accomplished.